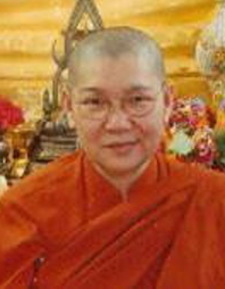 Dhamma Cetiya Buddhist Vihara has provided free of charge Buddhist studies and meditation particularly Satipathana Kammatthana or Vipassana Bhavana to people both in the United States and around the world with various ethnic backgrounds and religious faiths who are interested in Buddhism.

Her temple is strictly dedicated to the study and practice of Buddhism and refrains from involvement in any community and/or governmental politics. It does not hold social activities other than chanting, meditation and Dhamma talks.

The goal of Dhamma Cetiya Buddhist Vihara is to propagate the teachings of the Gotama Buddha in the Western world so that all those seeking the truth of the Buddha Dhamma can successfully integrate the Dhamma into their daily lives.

Dhamma Cetiya Buddhist Vihara depends solely on the kind donations of devoted Buddhist supporters. Its mission is to propagate Buddhism, which can last only as long as devoted Buddhists wish to spread the seeds of Dhamma.