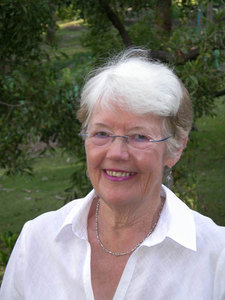 A life-long peace activist, Jill has been practicing Zen Buddhism for over twenty years as a student of Aitken Roshi and other teachers in the Diamond Sangha. She has been working with local communities in Asia in community development and as a trainer in peace-building and leadership-training skills, drawing on Buddhist principles and practice, with a commitment to active non-violence and inter-faith dialogue. She gratefully acknowledges the wisdom she has learned from the many women with whom she has worked. Jill is an engaged Buddhist and a founding member of the Buddhist Peace Fellowship Melbourne Chapter, and was recently appointed to the International Advisory Council of BPF. She is on the Executive Committee of the International Network of Engaged Buddhists, and earlier was on the Women and Gender Sub-committee of INEB. In this capacity she has worked with others to improve the situation of Buddhist nuns in Asia , such as through facilitating a survey of training needs of nuns in Ladakh , India . Jill has participated in several “Think Sangha” meetings, such as exploring Buddhist responses to violence, and as a member of the Dharma Gaia Trust has supported projects in Asia which bring the Dharma and ecology together.

Jill is a trainer in international conflict transformation, peace building and Deep Ecology/ despair and empowerment, having trained with Joanna Macy and others. She has participated in grassroots leadership training through the Spirit in Education Movement, and worked with local organizations such as Women with Disabilities in Cambodia and the Planning Council of the Tibetan Government-in-exile, to strengthen their capacities. Much of this work has been through the INEB network of friends. She has presented papers on various topics, including: “Buddhism and Development: Healing our Communities” in 2003 in Thailand , and “Buddhist Responses to Conflict, War and Terrorism” at the Engaging Buddhism in Australia Conference in 2004. In Australia , Jill has been involved with the Foundation for Survivors of Torture, on their management committee, research sub-committee and currently on their ethics committee.

Jill has been a manager of international development programs for women mainly through the International Women’s Development Agency in Cambodia , Vietnam , Sri Lanka and on the Thai-Burmese border, covering such issues as trafficking of women, and poverty and gender violence. She has also been a lecturer at various universities in Melbourne in community development and social research.